Fruit of the Earth! 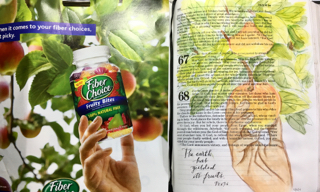 Even in farming, God has plenty to say in the Bible. There is a foundation, "Farming God's Way" that seeks to promote Biblical principles of farming to farmers across Africa. These farmers cannot even provide enough for their families to eat. Even if billions of dollars are poured into Africa every year, the poor get poorer, and this rich land is turned into a begging bowl. But when they are taught to follow God's ways instead of worshipping other gods and following witch doctors, they are able to harvest more from their land. 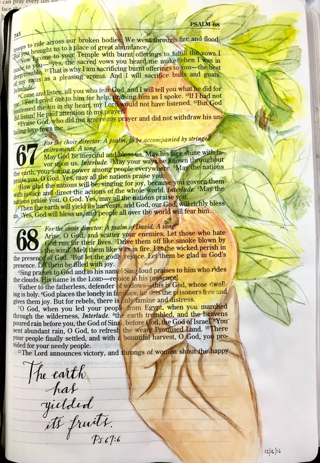 In the beginning of Israel's statehood,  David ben Gurion, its first Prime Minister said, "These lands apparently abandoned and hopeless may in a not so distant future become alive and pulsing with willpower, and unknown resources will yield great blessings if we only can delve into their secrets."
Israel is 60% desert but because of several religious kibbutz' founded in the 1930s, they were able to study the land, and make the desert bloom with crops even if the water was brackish.
Whatever we do, we should always spend time with God so that we will be fruitful. George Washington Carver was a farmer and he would pray every morning and ask God what he should do. He was so successful he discovered how to make 300 different products from his  peanut produce. He was single handedly responsible for saving the South in the 1900s when the boll weevil destroyed almost all of their cotton crops.
When asked about his success, George Washington Carver explained: "It is not we little men who do the work, but it is our blessed Creator working through us...Everyone can have this power, if they only believe. The secret lies," and he touched his Bible, "right here in the promises of God. They are real, but so few people believe them to be real."
Posted by HeARTworks at 7:10 AM