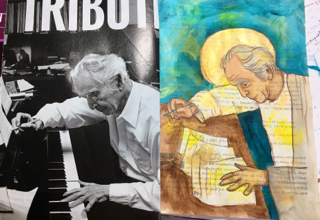 Today is the feast day of Saint John, the apostle and evangelist. He was part of a small group of ordinary men chosen by Jesus. Jesus talked to them, shared His meals with them, and walked with them for miles. They witnessed miracles, listened to Him preach to thousands of people. They must have seen Him tired, hungry, sad even, and disappointed. They saw Him weep when a friend died, and get angry when people were desecrating the Temple with their buying and selling. If there was anything He did that was not in consonance with what He was preaching, they would have seen it. But obviously what they saw was a man who lived what He preached, that they were willing to die for Him. According to the prolific Christian author Tertullian, Saint John was actually boiled in oil because of his preaching, and he suffered nothing from it. Many people who witnessed this miracle became Christians. 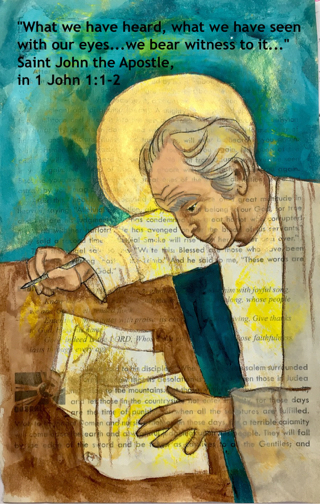 Lord, I have read about You, know a lot about You, but am I willing to live a life worthy of You like the Saints? Has anyone become a Christian because of anything I have said and done?
Posted by HeARTworks at 8:09 AM